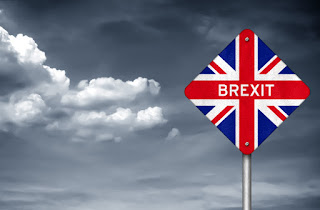 Since the referendum decision to leave the European Union in June 2016, the UK has been having a very public meltdown about how to deal with the narrow vote for a monumental change. With the clock ticking down to the March 29 date of separation, and without a deal in place about what the country’s relationship to the EU will look like afterward. That means the status of everything from trade to transport to travel is undecided — and that has a lot of people very nervous.

Are the UK’s business schools among the worried? To answer that, it helps to understand just what’s going on with Brexit.

The problem is that leaving the EU is tricky. After 40 years of membership, the UK’s legal and regulatory system is entwined with the EU in everything from food labeling and copyright law to trade and educational standards. Pascal Lamy, a former EU trade negotiator, likened leaving to “unscrambling an egg.”

The Theresa May-led government has negotiated a withdrawal agreement with the EU, but nobody likes it and Parliament won’t vote for it. In the absence of an agreement, the UK will overnight fall out of thousands of agreements covering trade, standards, regulations, visas, work rights, travel arrangement, and more. People are stockpiling food and medicine, the government is preparing troops in case of civil unrest, and there are plans to turn motorways into lorry parks to carry out new checks on food entering the country. Most people hope that a deal can be done, but pessimists put the chances of “no-deal” at 90% — an outcome earnestly wished-for among hard-line Brexiters.

THINKING (AND HOPING) IN THE LONG TERM

How will this affect B-schools? Institutions both in the UK and mainland Europe are reluctant to go on the record about Brexit except to express confidence that their brand will remain attractive. All the UK schools we spoke to say that application levels remain stable. London Business School says it recently had a record number of second-round applications for its full-time MBA.

As LBS Admissions Director David Simpson said at a Centre Court event recently: “London is going to provide a ton of opportunities. If we potentially have changes to some of the migration policies in terms of needing more and more international, highly skilled migrants, then MBA programs will probably do quite well from that.”

In the long term, that might be true. But the immediate situation is less certain. Simon Mercado, dean and director of ESCP Europe London, points out that the outcome will be very dependent on what sort of Brexit comes to pass.

In a “soft” Brexit governed by a withdrawal agreement, he says, “many of the elements of the current regime will continue in some shape or form.” In the short term, things would carry on as before, and in the long term a series of bilateral agreements — once drafted and agreed to — would probably mean there is little noticeable change.

WHAT A ‘HARD’ BREXIT MEANS FOR EU STUDENTS IN THE UK

In the case of a “no-deal” Brexit, things would probably remain the same for non-EU citizens, legally speaking. But EU students’ status would change overnight. “There would be significant penalties in terms of student rights, entitlements, and mobility in a hard-Brexit scenario,” Mercado says.

EU students might need visas to study and work in the UK, even for internships. That means cost and form-filling for employers. Freedom of movement — which allows EU citizens to live and work in any of the member states — would end, so graduates might have less time to find jobs after their programs end. Fees might also go up; EU students in the UK who currently pay EU-level fees would see their costs increase when they come to be classed as international students. (This could be offset, however, by the weak pound making programs cheaper for non-UK students.)

The UK would also presumably fall out of the Erasmus scheme, which organizes student exchanges across the EU; Horizon 2020, which channels EU funding to universities; and the Bologna Process, which ensures the equivalence of higher education qualifications across Europe. All of this can be sorted out after Brexit, but none of it will be a priority. Which means time.

Does any of this matter for MBA candidates looking at UK institutions? “For a buyer of an MBA at a high-end school, Brexit doesn’t alter the fundamentals,” Mercado says. “You might need a visa where you didn’t before, but it’ll be a good MBA experience.

“But if you are an EU national with the inclination to work in the UK after your MBA, then the legal situation has changed, and at the very least you are not sure what future immigration and visa requirements would be. However, you might be reassured by looking at international students’ experience — lots of Japanese, U.S., and Chinese students are getting jobs.”

Of course, either kind of Brexit will cause short- to medium-term disruption in the UK. Banks and car companies are relocating jobs, and the economy is faltering.

Perhaps the psychological effect is greater than any concrete economic one — and the negative mood is filtering through to some students. Cassandra Pittman, who has worked in business school admissions at Columbia Business School, INSEAD, and London Business School, recently worked on a report for French school EDHEC, asking students about their attitudes toward the UK.

For years the UK has been the top destination outside for EDHEC graduates, but now half as many students say they are “highly motivated” to go to the UK as before; the number not considering moving to the UK at all has more than doubled. “The UK is becoming a less attractive place to build a career,” Pittman says.

In the long term, an MBA from a British school is still seen as a great investment that will look good on a resume for decades. But Brexit will cause short-term complications. The good news is that we will have more clarity by March 29 about what the future looks like and that if a deal is done, most things will probably not change. The bad news: If there is no deal, ensuring business school students get a good experience will be far down the list of anyone’s priorities. a
Posted by ポール・カレンダー at 10:09 PM