Will STEM Degrees Save The MBA?

With 70% of full-time MBA programs in the U.S. seeing a decline in applications, some business schools are piloting a potential solution geared toward one important demographic: international students.
There’s been an estimated 10% drop in international enrollment in the nation’s graduate schools of business between 2017 and 2018, according to the Graduate Management Admissions Council, totaling an estimated 8,000 students from overseas. 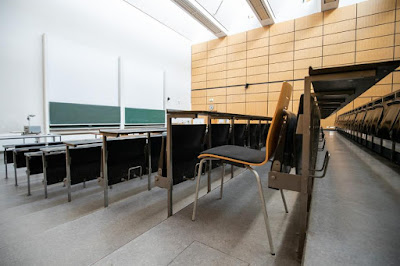 To gain an edge in applications and enrollments from full-time students who require F-1 visas, several key MBA programs, including Duke University (No. 14 on the Forbes Best Business Schools) and the University of Rochester (No. 37) and have begun applying STEM designations to their graduate degrees.

Most international graduates are entitled to work in the U.S. for only one year after graduation before their visa expires. However, with a degree classified as STEM (science, technology, engineering and mathematics), international students who are hired by graduation can stay an additional two years through the Optional Practical Training program.

Many schools attribute the drop in international students to the new restrictions placed on obtaining an H-1B visa and employment-based green cards. One 2018 executive order limits H-1B visas only to “the most-skilled foreigners or highest-paid beneficiaries.”

Later that year, the U.S. Department of Labor began requiring employers of H-1B applicants use a new form, which many claimed was designed to increase pressure upon employers. While the true effects of this new form have yet to be seen, President Trump has made anti-immigration rhetoric and policy a centerpiece of his work in the White House.

The University of Rochester and Duke University are not the only business schools converting to STEM. MIT, Notre Dame and Boston College, among others, are also beginning to incorporate a STEM designation into their business schools to counteract the flight of international students to Europe and Asia Pacific. According to the Graduate Admissions Council, these regions have seen about an 8% increase in applications between 2017 and 2018.

Not every school has experienced a drop in admissions.  The dean of the Simon Business School at the University of Rochester, Andrew Ainslie, said despite the drop in business applications across the country, they have remained largely unaffected.

While a STEM designation is typically associated with degrees within science and engineering programs, Ainslie explained the Simon Business School already placed a heavy emphasis on data analytics and technology and many of their programs easily qualified for a STEM designation.