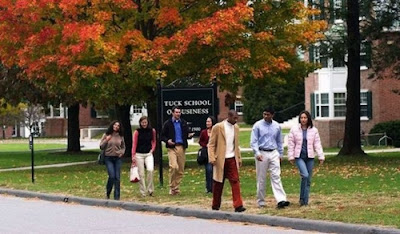 Stanford GSB is the school for future entrepreneurs, tech whizzes and angels, right? Try consultants too! Turns out, the McKinseys, Bains, and BCGs of the world attracted 28% of the GSB’s 2017 Class – paying nearly $143K in base pay along the way. One Stanford MBA even latched onto the highest base that consulting firms paid in 2017: $228K. Smaller programs, such as Boston College Carroll, Washington Olin, Florida Warrington, and Illinois Gies, have also seen double-digit pay growth for graduates entering consulting over the past two years, as firms are increasingly targeting top students at these schools to boost their talent levels. 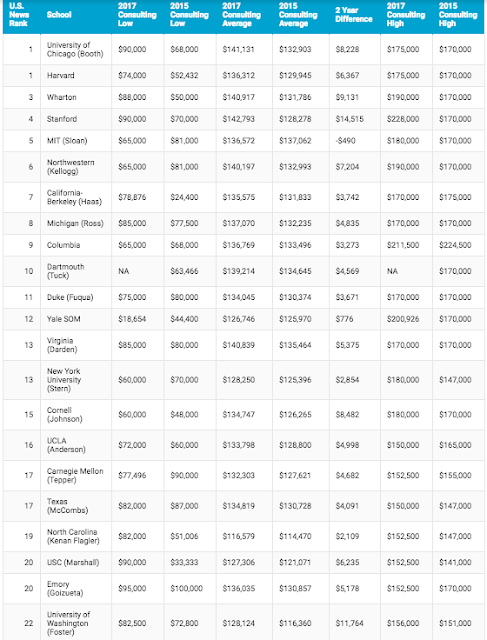 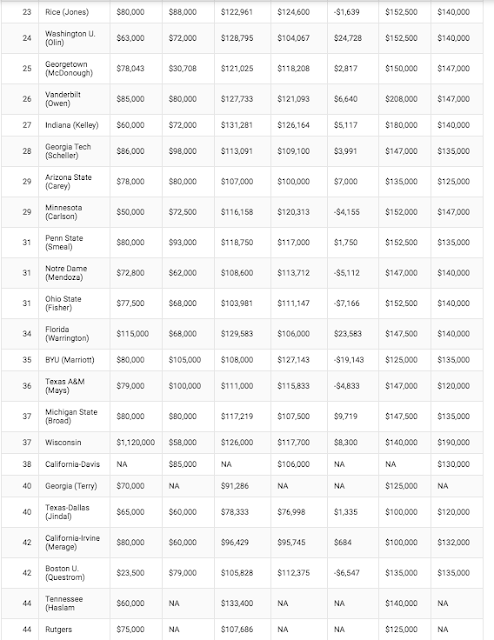