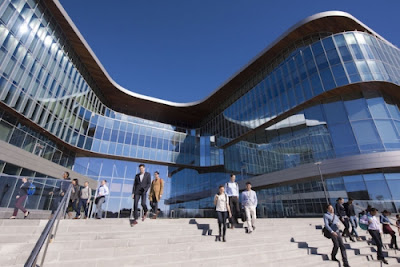 Despite a loss of luster – not to mention a decrease in students – over the past 10 years, finance still reigns in terms of pay. Here, Stanford GSB outpaced everyone with the Class of 2017 pulling down $161,449 – nearly $8,000 more than Wharton and $21,000 better than the Wharton School. The biggest pay growth for finance has been occurring where people might not expect. Notably, Carnegie Mellon Tepper, which carries a “quant” reputation, reported that finance grads from the 2017 Class came away with an $11,505 pay improvement since 2015. The picture was even rosier at the University of Washington Foster, where pay jumped nearly $17K over the past two years. 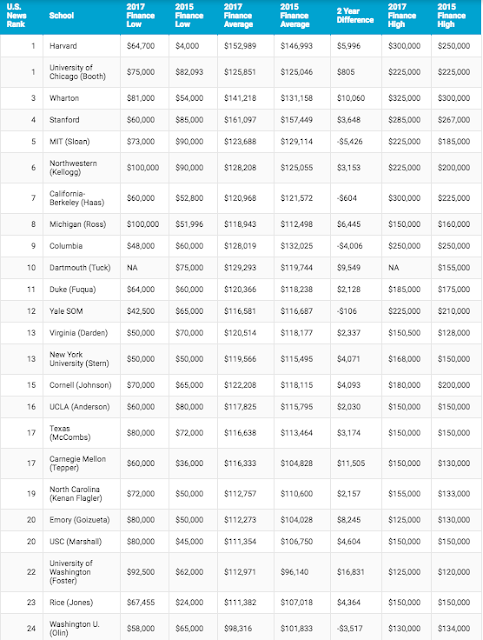 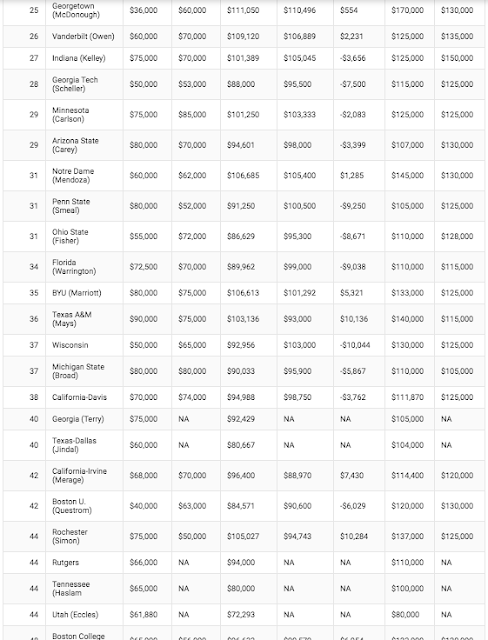